Munir El Haddadi’s sweet half-volley put Sevilla in sight of the Europa League quarter-finals on Thursday after a narrow 1-0 victory over West Ham.

El Haddadi’s second-half strike at the Ramon Sanchez Pizjuan means Sevilla have a slim but deserved advantage ahead of the second leg at the London Stadium next week.

The win gives West Ham work to do although David Moyes’ side might not be too unhappy with the result either.

They remain in touch with the six-time champions and will now hope to turn the result around in front of their own fans in London.

Sevilla and West Ham had never met before in a UEFA competition but both teams are among the favourites in this year’s knock-out stages.

After winning the Europa League four times since 2014, Sevilla are arguably the team to beat but West Ham sit sixth in the Premier League and, until recently, were in the driving seat to finish in the top four.

The fact this season’s final will be at Sevilla’s very own Ramon Sanchez Pizjuan, where the Spanish club have lost only two of their last 35 European games, has only served to heighten expectations.

They have not lost at home to a foreign team in Europe since 2011.

With that in mind, a narrow defeat is far from disastrous for West Ham, who could have claimed a draw had Nicola Vlasic scored with an excellent headed chance early on.

The decisive moment came on the hour after Lucas Ocampos was quicker to a loose ball out on the right and went down over the outstretched leg of Kurt Zouma.

Marcos Acuna shaped to curl into the box but instead floated straight and to the back post, where El Haddadi had peeled free.

The forward timed his run perfectly and his finish was even better, a guided effort off the bounce sending the ball directly into the corner.

Tempers flared late on when West Ham’s Declan Rice tried to hoist up the floored En-Nesyri and Ocampos picked up a yellow card in the confrontations, meaning he will now miss the return game next week. 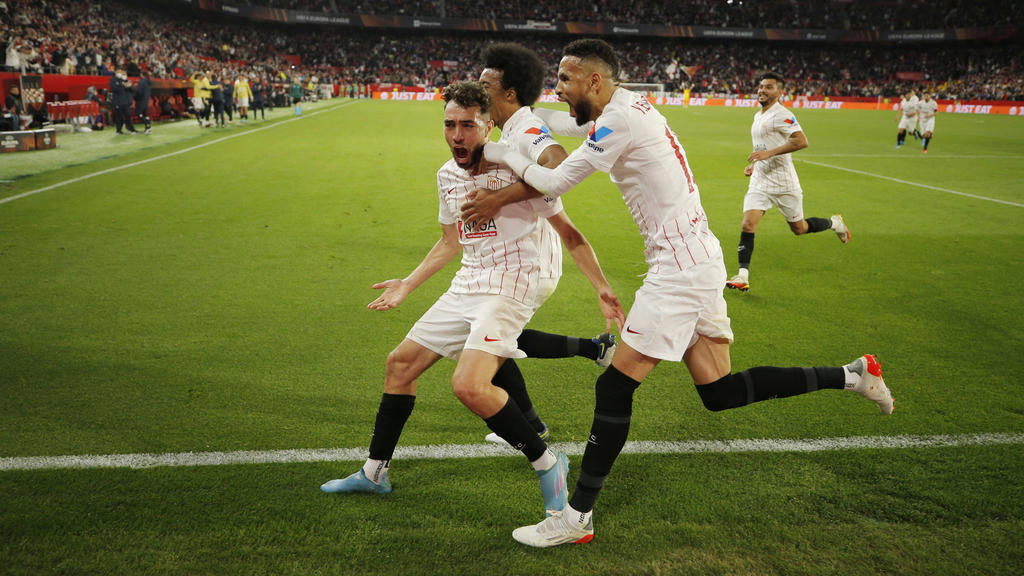