Arsenal’s worst start to a league season for 67 years will see the Gunners spend the next fortnight during an international break bottom of the table without a point or even a goal to show from their opening three games.

Mikel Arteta’s position as manager is under increasing pressure with the Spaniard reportedly given four more Premier League games against Norwich, Burnley, Tottenham and Brighton to save his job before the October international break.

To rub salt into Arsenal wounds, for the first time ever they sit bottom of the English top-flight table while north London rivals Spurs are top.

However, their decline has been a slow and steady process since the final years of Arsene Wenger’s 22-year reign in charge and has only accelerated since the Frenchman’s departure.

AFP Sport looks at what has gone wrong for one of English football’s traditional giants.

Long after Wenger’s great sides of the late 1990s and early 2000s stoped winning league titles, he managed to keep Arsenal as part of the Champions League fabric despite a limited budget to buy players and even selling some of his best as the likes of Cesc Fabregas, Robin Van Persie and Samir Nasri departed.

Despite fan protests towards the club’s American billionaire owner Stan Kroenke, Arsenal have long since ditched their frugal policy on transfer fees.

Since Wenger left in 2018, the Gunners have spent £425 million ($585 million) on new signings and have the second highest net spend in the Premier League behind Manchester United.

Even this window they have been the biggest spenders with £130 million splashed on Ben White, Martin Odegaard, Aaron Ramsdale, Nuno Tavares and Alberti Sambi Lokonga.

However, so much of that money has been wasted.

Two years on from a £30 million move from Saint Etienne, William Saliba is yet to play a game for the first team. Young midfielders Lucas Torreira and Mateo Guendouzi have been deemed surplus to Arteta’s requirements and farmed out on loan.

Club record signing Nicolas Pepe has failed to live up to his £72 million price tag, while a series of huge pay packets have also been wasted and made it difficult to move players on.

The club had to pay up for the remaining months on contracts for Mesut Ozil, Sokratis Papastathopoulos and Shkodran Mustafi before they left for free in January.

Should Arteta face the sack in the coming months, he will be the third manager in three years to leave the club.

Changes have also been constant among the hierarchy. Highly-regarded former Borussia Dortmund chief scout Sven Mislintat left after just 14 months in 2019 due to differences with then head of football Raul Sanllehi.

However, Sanllehi also left the club last year due to dissatisfaction with his transfer business.

Arteta was promoted from head coach to manager, with more say over recruitment, after just nine months in the job.

Arsenal’s focus now appears on youth with all of their summer signings aged between 21 and 23.

But that followed the expensive mistakes of giving huge contracts to players over 30 such as former Chelsea duo David Luiz and Willian, Ozil and current captain Pierre-Emerick Aubameyang.

Ozil even poked fun at Arteta after Saturday’s 5-0 thrashing by Manchester City by tweeting “trust the process”.

As Arsenal have gone backwards, the teams at the elite end of the Premier League continue to improve.

City, Chelsea, Manchester United and Liverpool have finished in the top four for the past two seasons and all look even stronger this season for their new signings, or in Liverpool’s case the return from injury of a number of key players.

During Wenger’s reign, Arsenal boasted a record only matched by Real Madrid of 19 consecutive seasons in the Champions League.

Now they have failed to qualify for a fifth straight season and would need a miraculous turnaround to prevent that streak stretching into a sixth year. 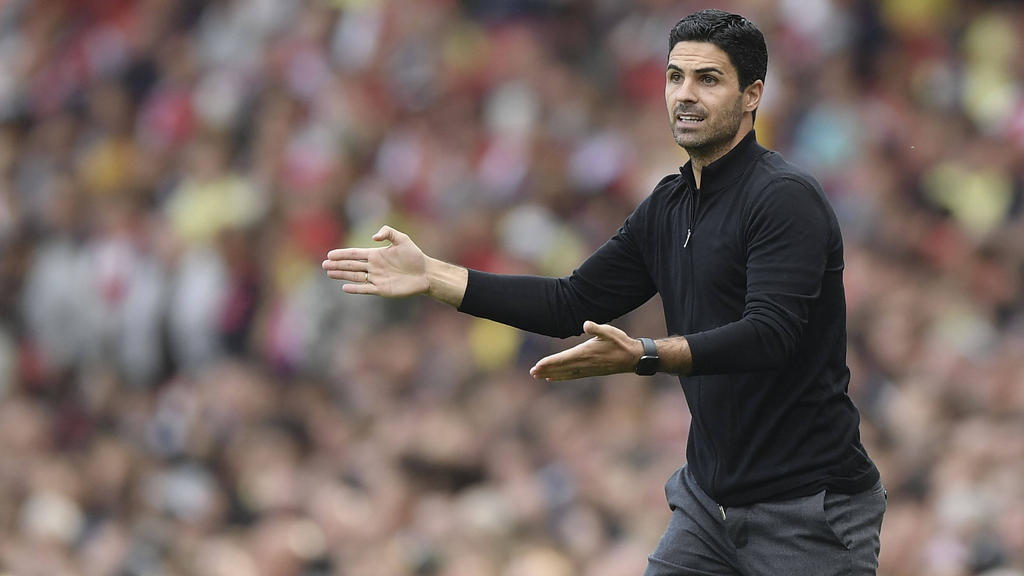 Misfiring Kane will score ‘many goals’